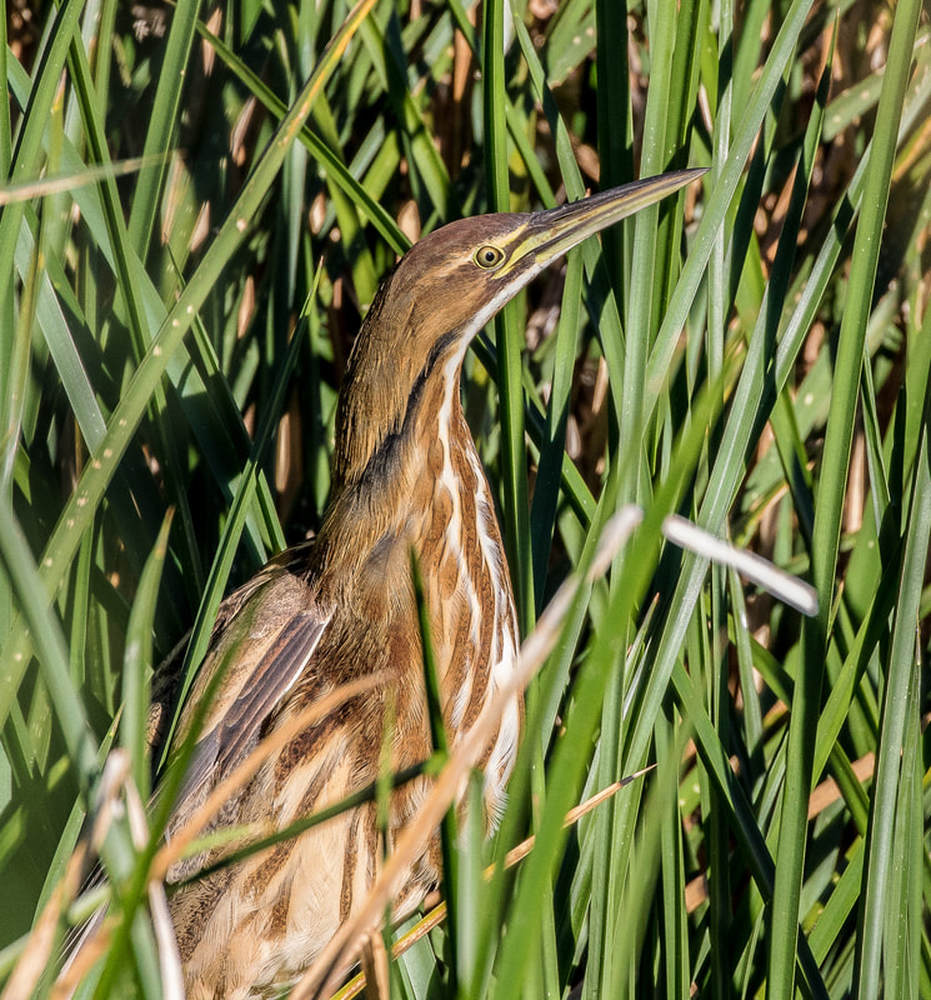 ​American Bitterns are medium-sized herons with thick bodies and necks and a long sharp bills. They breed in the summer throughout the northern U.S. and Canada, and winter in the southern U.S. including inland coastal areas of the east and west coasts, as well as down into southern Mexico and Central America. They are regular winter residents in SE Arizona wetlands.  They have streaky brown and buff coloration that creates great camouflage in wetland areas where they hide and hunt.

They like shallow freshwater marshes where they hunt for fish, frogs and insects. When disturbed they point their heads and bills straight up, blending in with the reeds. At times they will think they are invisible even in the open with no reeds around.

These images were captured in November of 2017 at Sweetwater Wetlands, Tucson, Arizona. This bird is likely a recent arrival for the winter. He was spotted by an alert birder one morning, and was difficult to spot for others on the walk, including myself. The image above shows the details of head, neck and body and the long sharp bill. Below the wider view shows the stocky body and short legs. 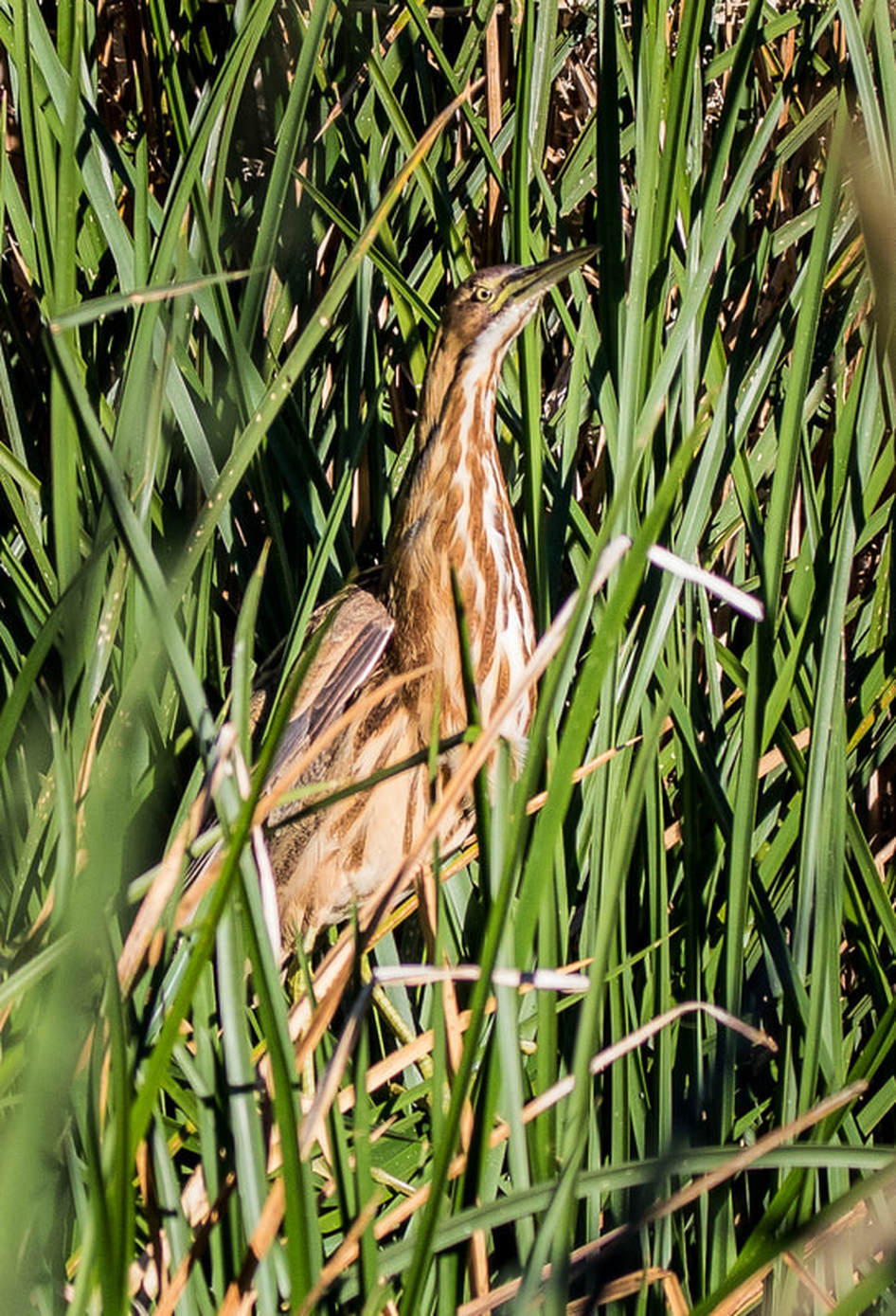 Below an image before cropping with minimal post-production processing shows how well the bird can blend in with reeds.  They rarely come out into the open, making visualization difficult. 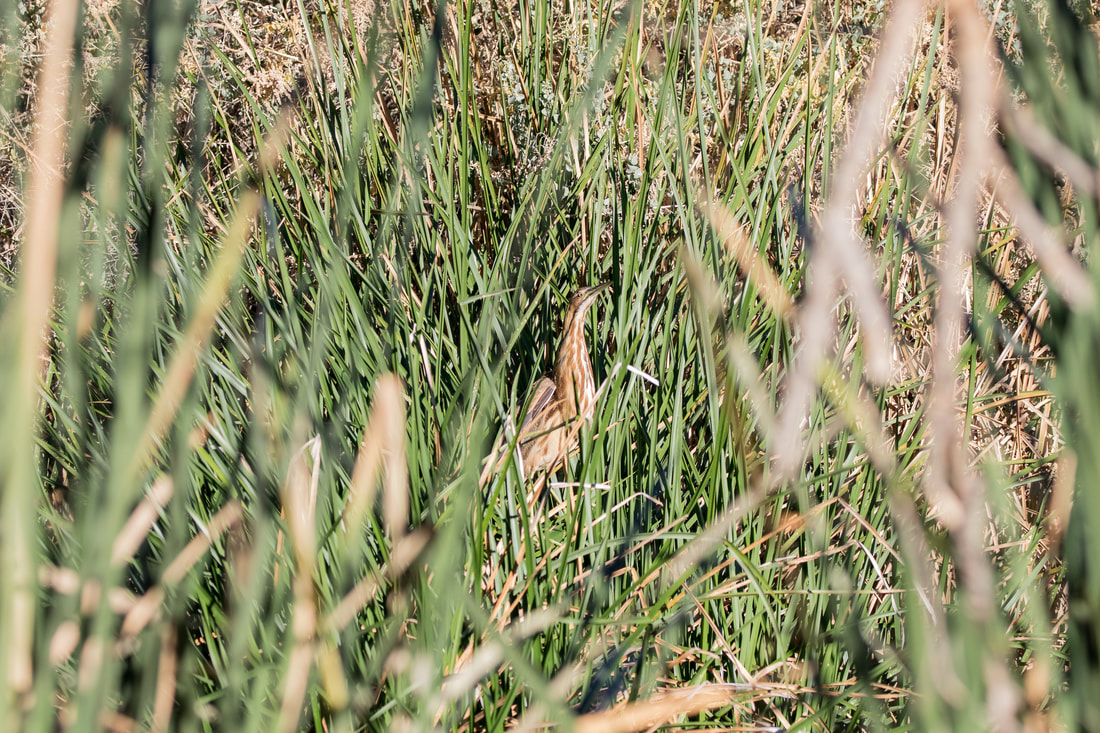