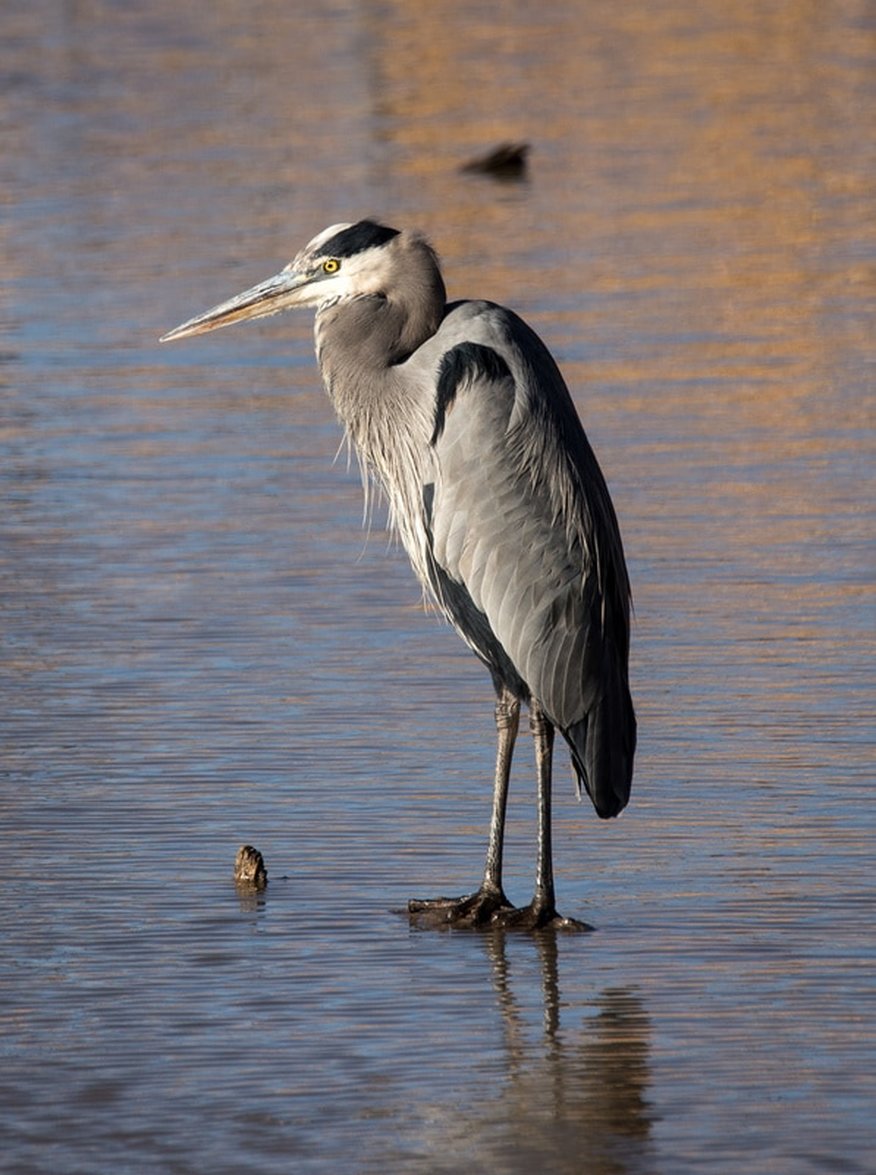 The Great Blue Heron is the largest of the North American herons, with long legs and a daggerlike bill. They commonly wade in wetlands, in this case at Bosque del Apache in New Mexico, looking for fish, amphibians, reptiles, small mammals, insects, and other birds. The long curved neck increases the striking distance, allowing this bird to observe dinner from a distance, then strike to get its prey.  Their range is throughout Canada, the U.S. and Mexico, being year-round residents of SE Arizona and New Mexico.  Image captured at Bosque del Apache, January 2016