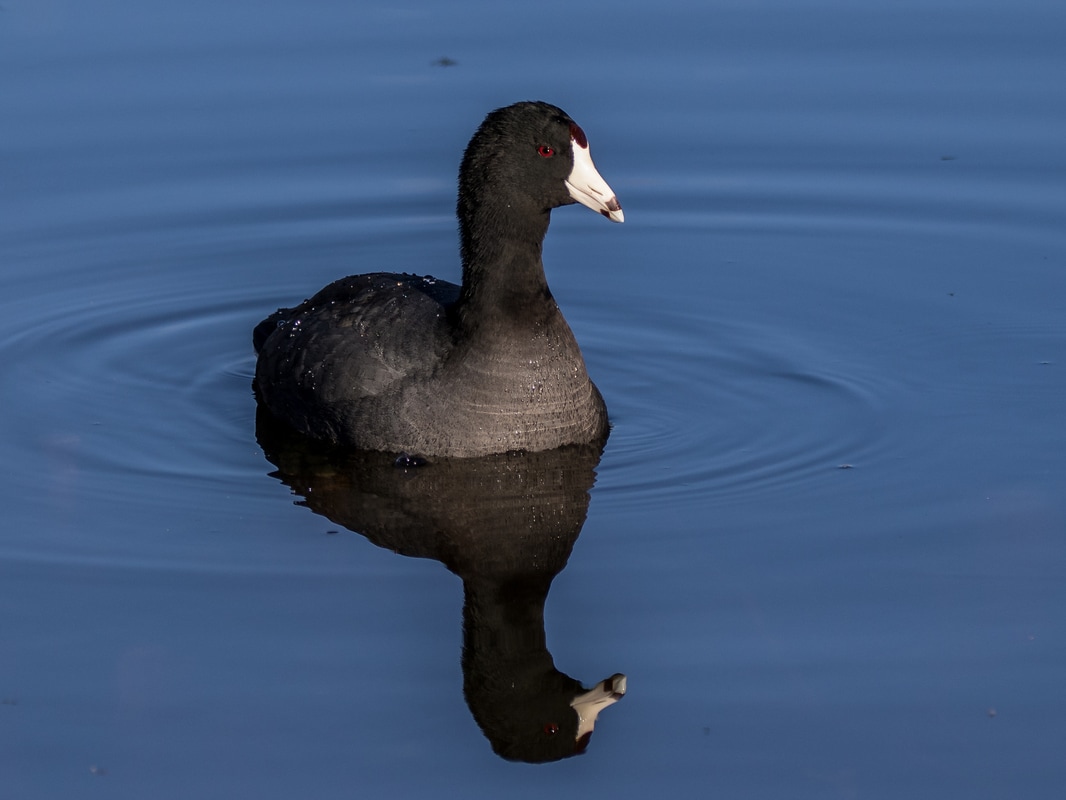 The American Coot is described by the Cornell Lab of Ornithology web site as "a plump, chickenlike bird with a rounded head and a sloping bill. Their tiny tail, short wings, and large feet are visible on the rare occasions they take flight." These birds are common on American waterways, often described as "chickens of the water." They are not ducks, being more closely related to Sandhill Cranes and Rails. Aside from their dark bodies, white beaks and red eyes, they can be easily identified as they bob their heads back and forth as they swim, similar to Pigeons when they walk.

Unlike ducks, they do not have webbed feet, as can be seen in the images below. They have lobed toes that allow them to swim as well as to stand and walk on the ground. Unlike the Pied-billed Grebe another water bird with lobed toes, the Coots legs legs are more centrally located, making balance on land easier. 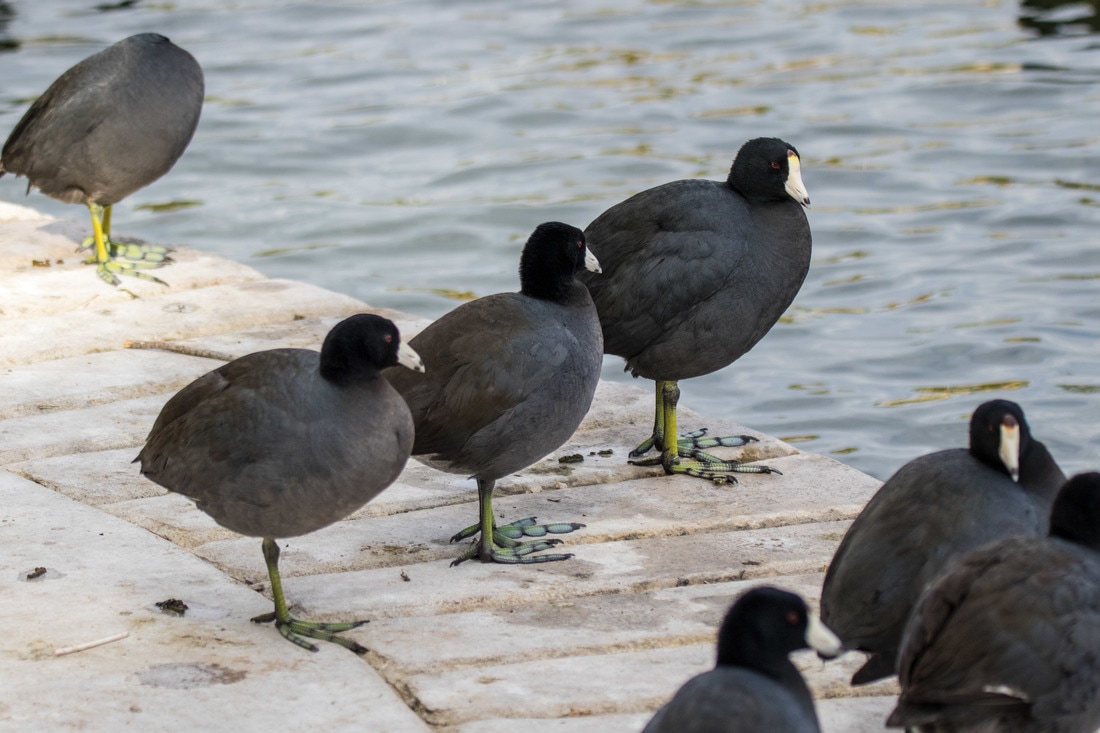 Below, a Coot standing on one leg. Images captured at Reid Park, Tucson, Arizona. Coots eat mainly aquatic plants, either by dabbling or diving. 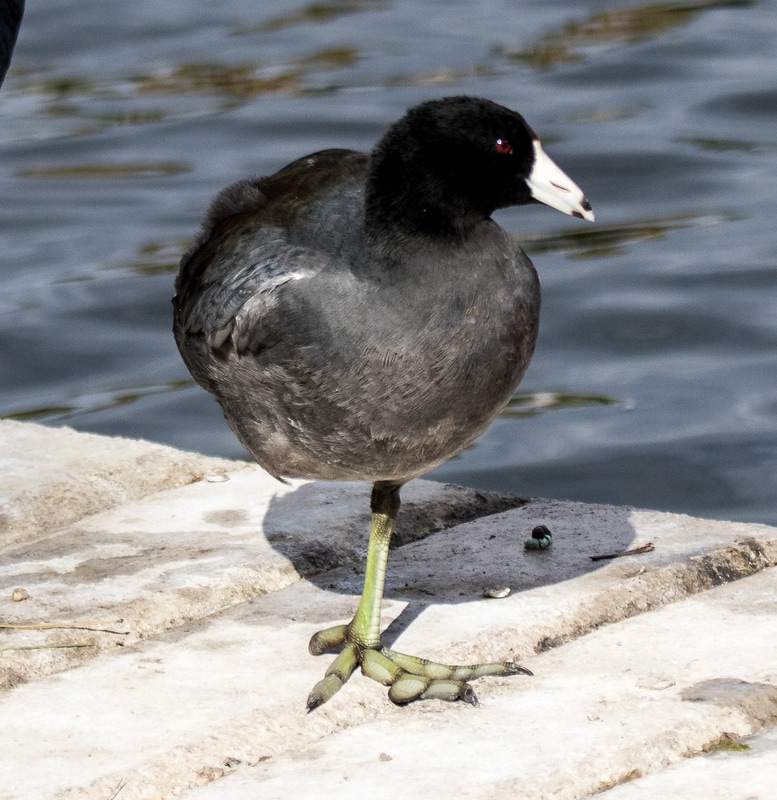