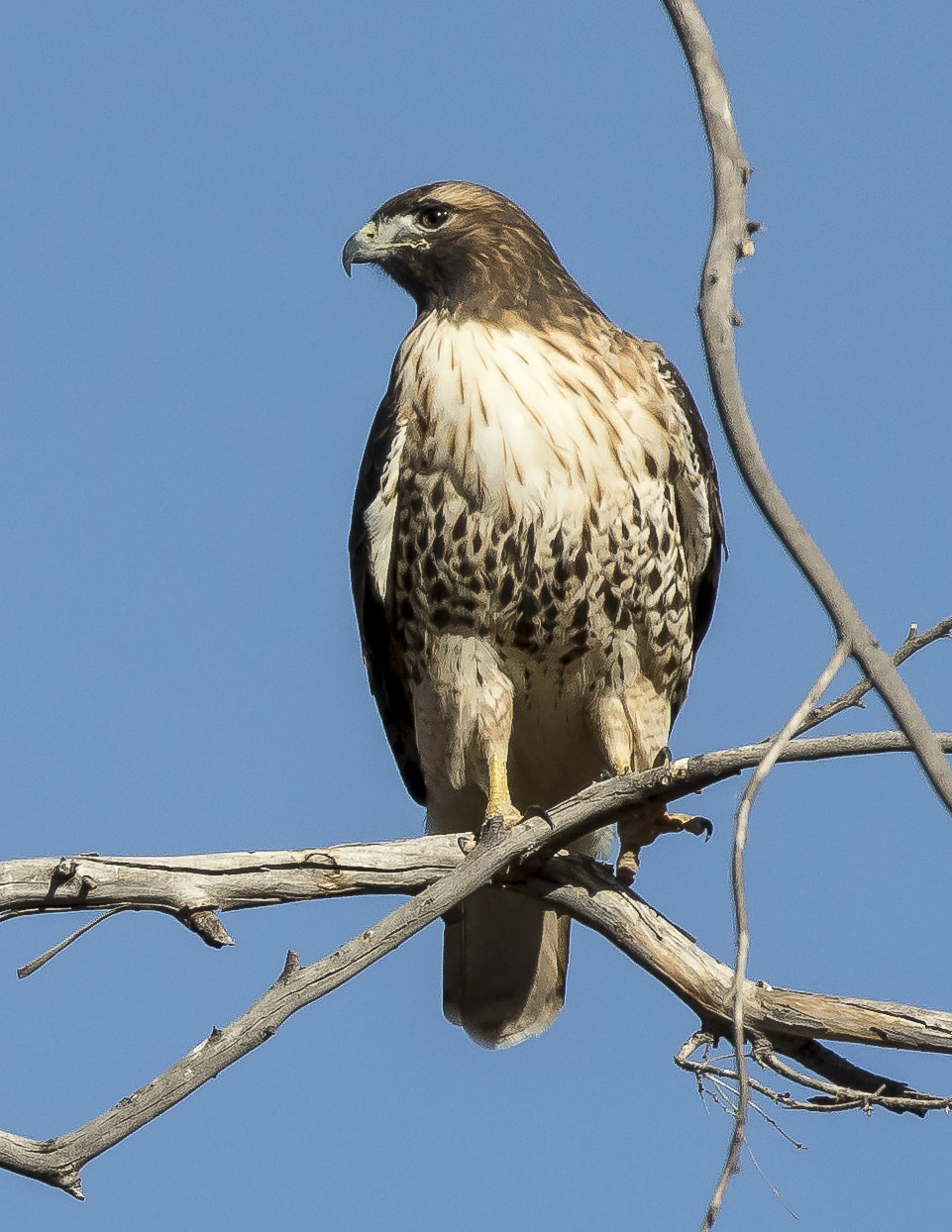 Red-tailed Hawks are probably the most common hawk in North America,  often seen soaring above fields or perched on telephone poles looking for prey. This one was perched on dead branches south of the Sweetwater Wetlands one morning in late Fall of 2017 in Tucson, likely looking for breakfast.

Red-tailed Hawks have large bodies with broad rounded wings and a short wide tail. Most are brown above, and pale below with a streaked belly.  The underside of the wing has a characteristic dark bar between the shoulder and wrist, as seen in the two infight  images below.

I usually try to "wait out" a sitting raptor for some shots on the wing, knowing they spend a good part of their day in the air. They usually wait until I look down to check my camera settings to take off, but in this case I got lucky, and was ready at flight time. 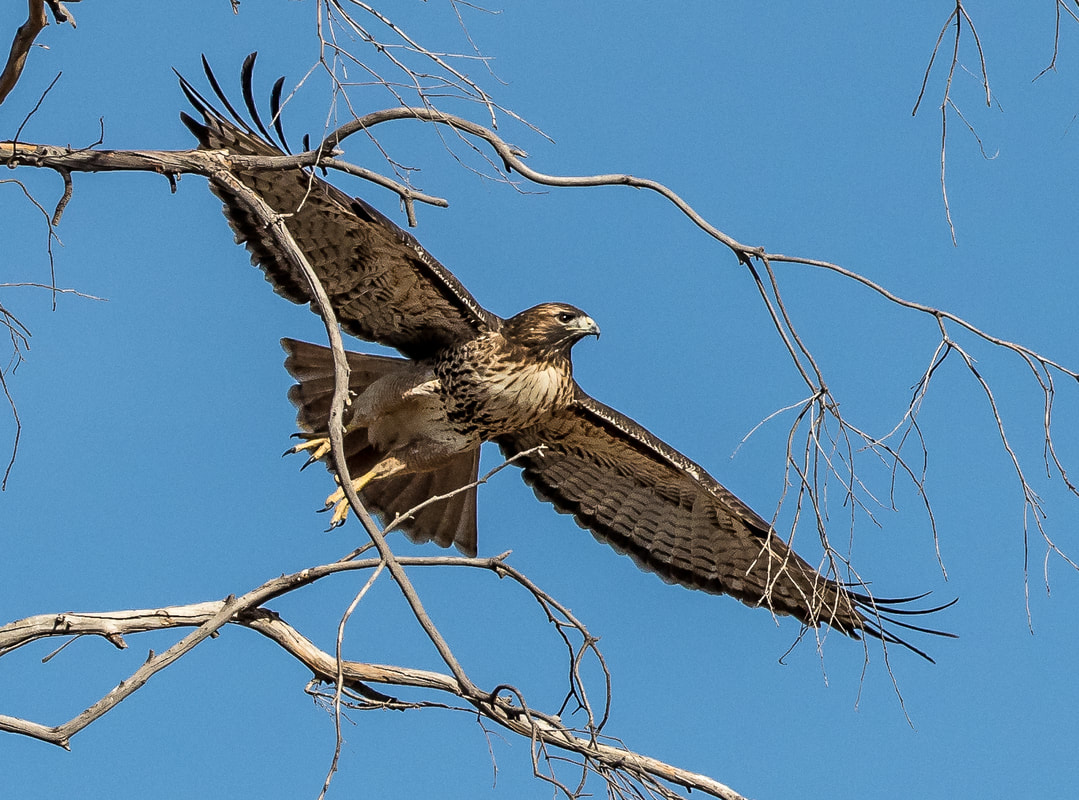 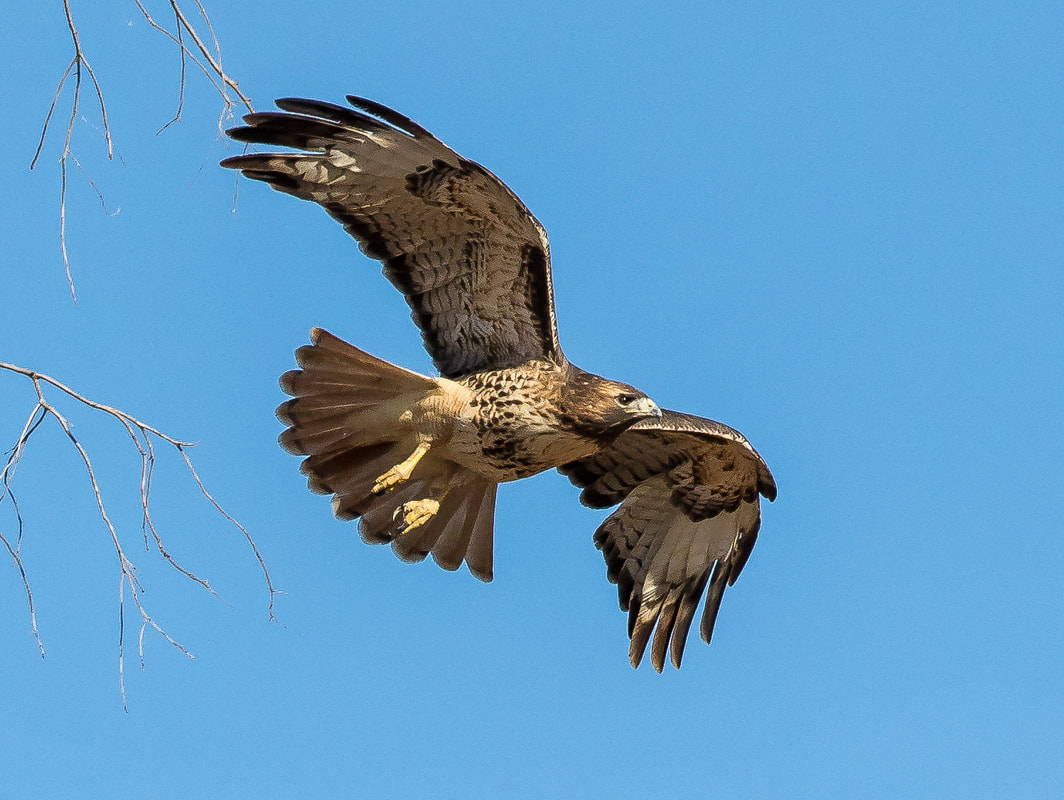 Where does the name come from? Well, the tail is usually pale below and cinnamon-red above, although in young birds it’s brown and banded.  For images of an immature Red-tailed being chased away by Common Ravens, see this link.

For images of the rufous morph soaring above Summerhaven at ~8.000 feet on Mt Lemmon, see this post from October 2019.