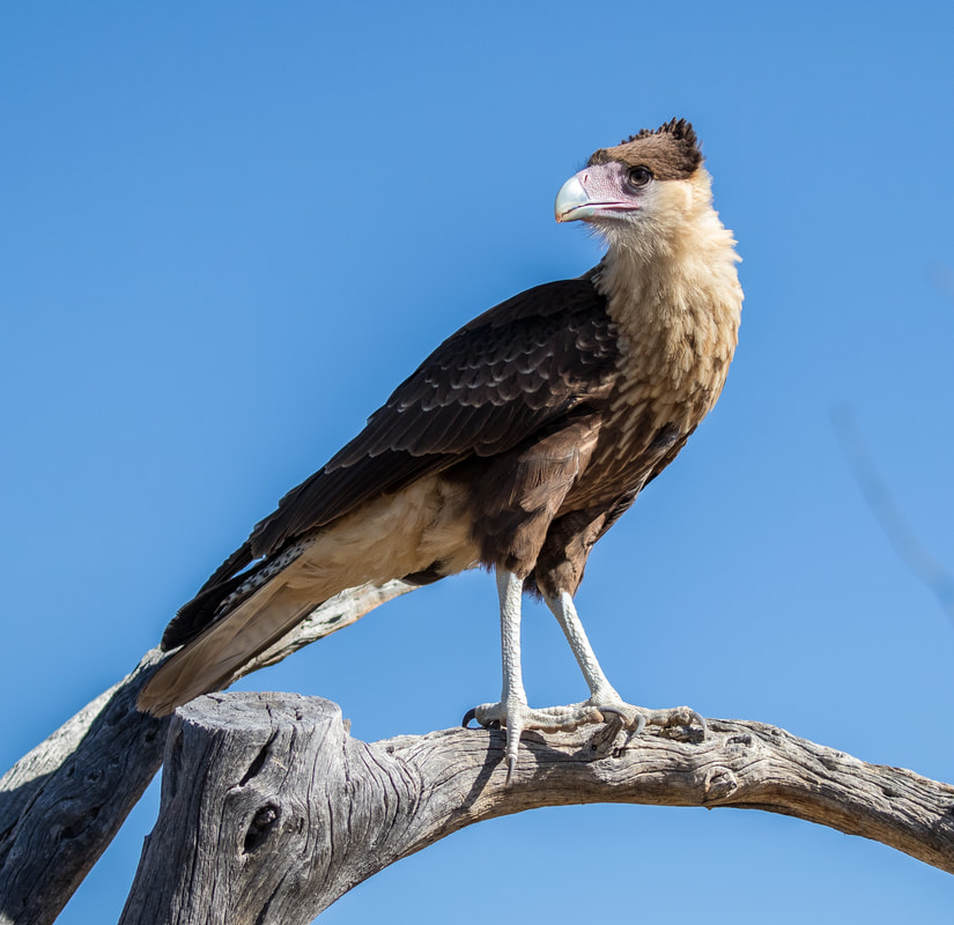 The Crested Caracara is a very interesting bird, being a tropical vulture in the falcon family.  They live year round from South and Central America into Mexico, coming as far north as Arizona, Texas, and Florida.

The Crested Caracara is not a picky eater, consuming insects, fish, birds, and small mammals as well as carrion (dead stuff). Note the lack of feathers on the face, similar to other vultures.  Above and below are views as he perched on a snag.  Note that this is a juvenile, for beautiful images of adults see Tom Grey's website.

The bird captured in these images is one of two born in captivity in the spring of 2017 at the Arizona-Sonora Desert Museum.  Unfortunately his training for their raptor free-flight program was interrupted when he tried snacking on a scorpion and was bitten. Fortunately anti-venom and a lot of care pulled him through, and he was  back on the line up in the fall of 2017 when these pictures were taken.  As one might expect of a rookie, on this particular day there was more trotting and hopping than flying. 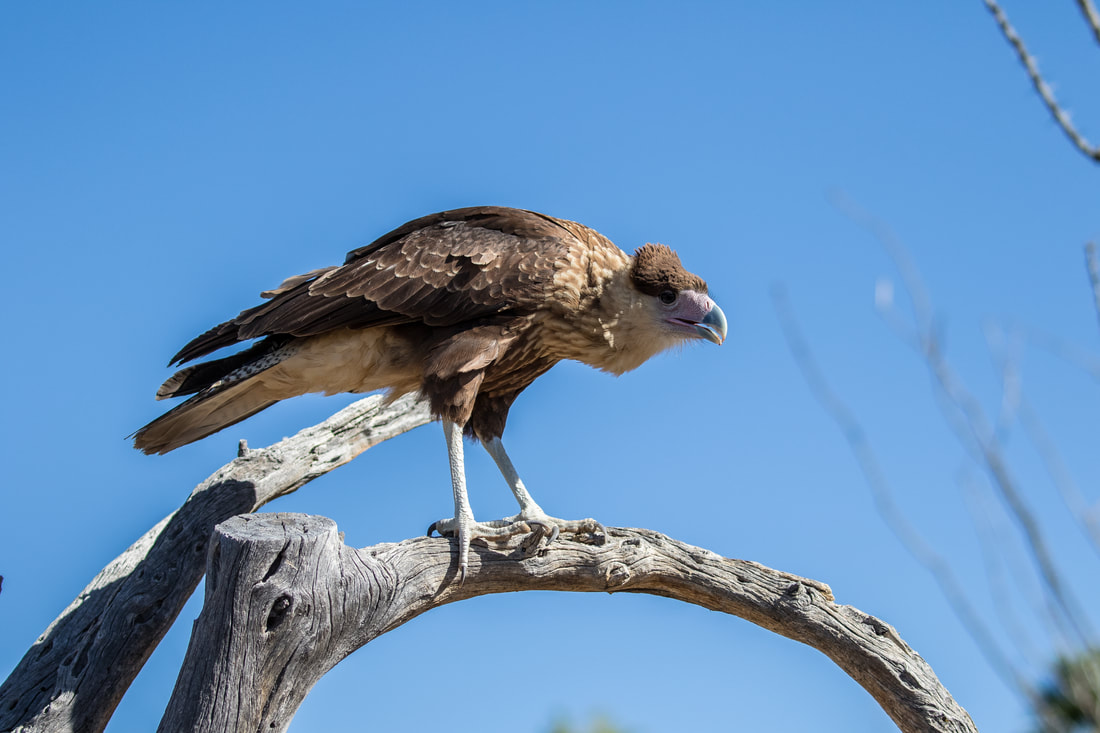 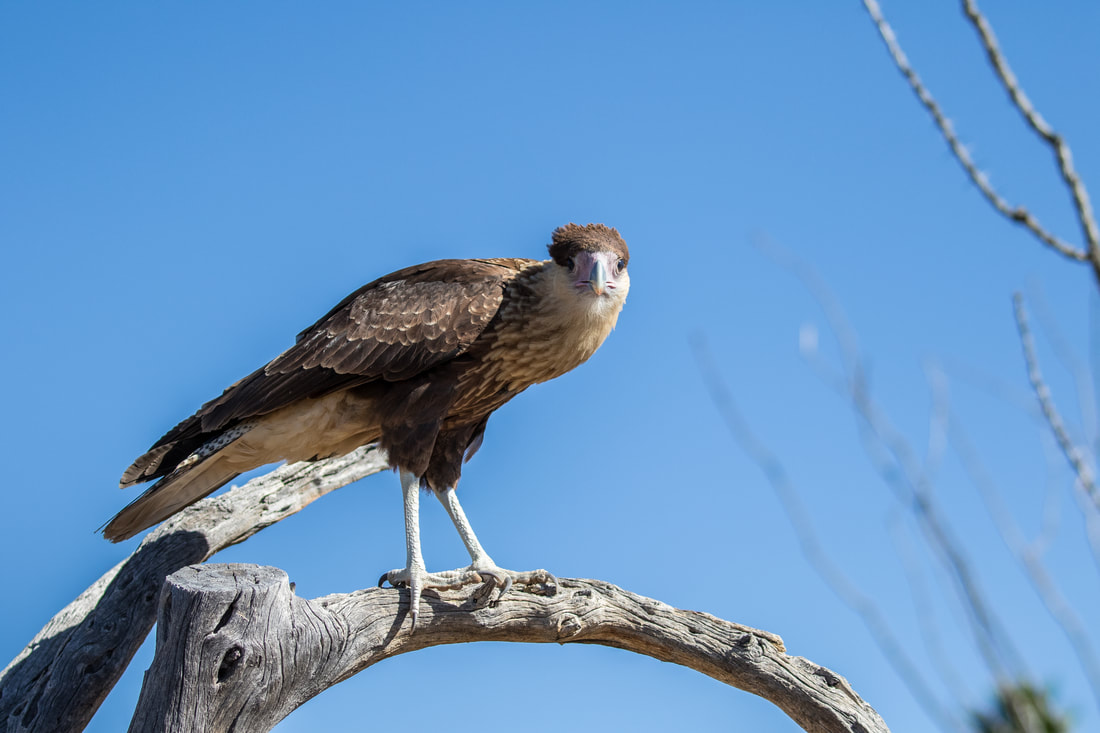 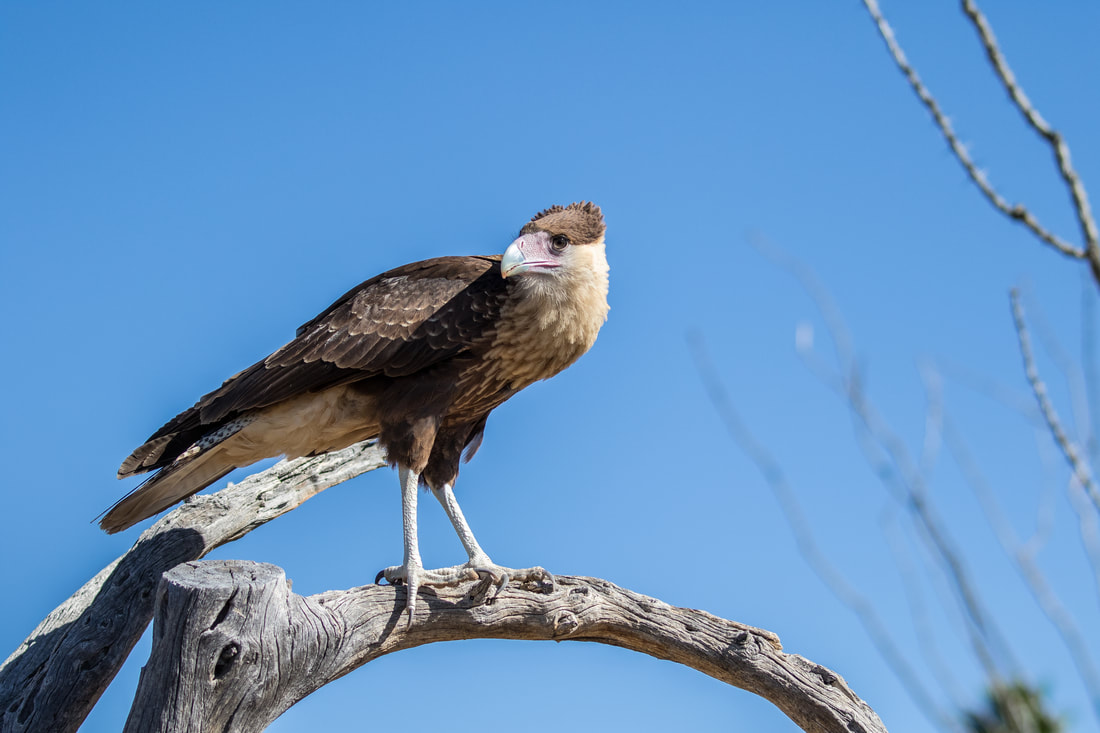 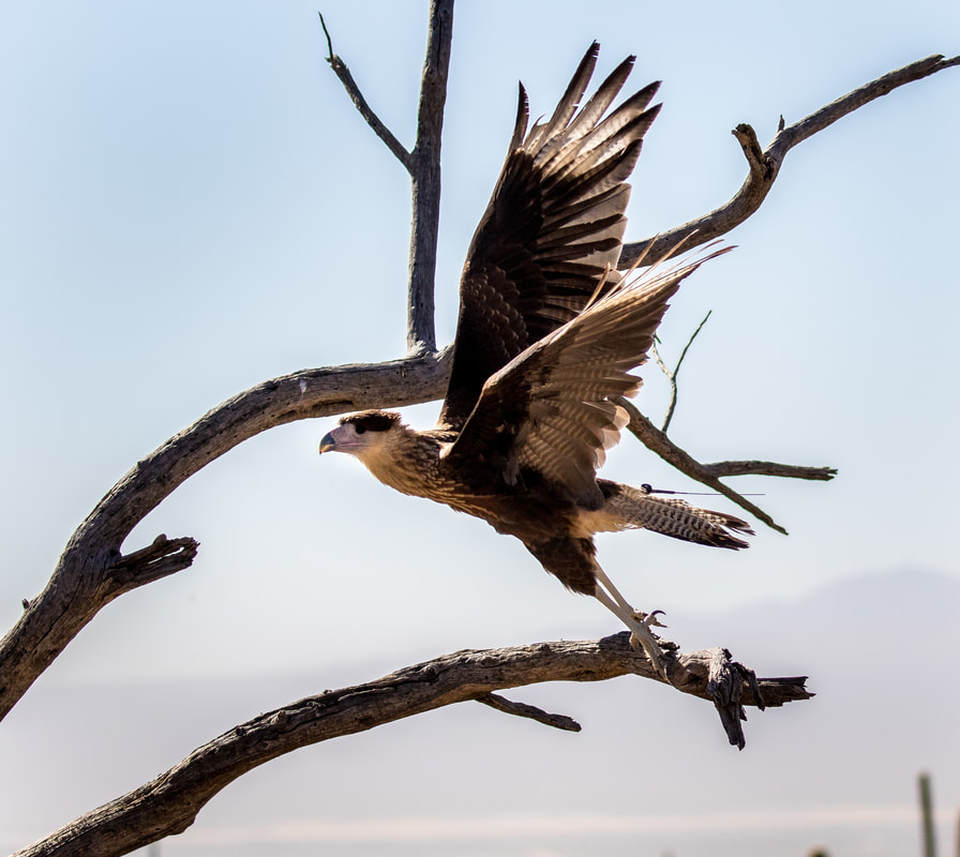