The Curve-billed Thrasher is common in Southern Arizona, New Mexico, Texas, and throughout Mexico. It is found in a broad range of habitats and seems to adapt well to different environments.  All the images here were captured at Agua Caliente in March 2017, the two above early in March, the ones below late in the month when chicks had hatched. The Cornell Lab of Ornithology describes the immature birds as having less yellow eyes, and bills that are not quite as curved as the adults, which we can see in the chicks below. 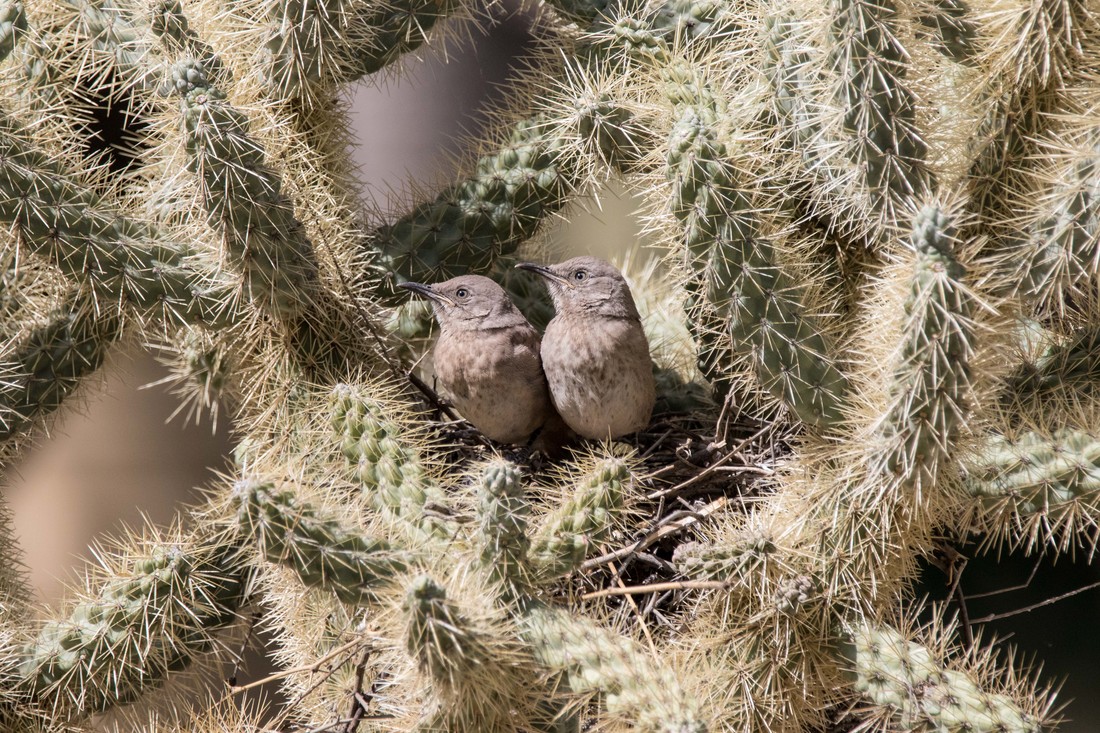 All nest images captured on March 31, 2017, not far from the parking lot at Agua Caliente. The typical nest is 3 to 5 feet above the ground, very accommodating for birders and photographers.  This nest is close to paved paths and human activity at the park, demonstrating the birds tolerance for human populations.

Chicks are fed by both parents, and I did capture some images of both Mom and Dad in the nest with the chicks. The chicks above were looking for a mid-morning snack. When Mom or Dad gets close the mouths go wide open before they land. Below a parent has just landed.  The image that follows shows them being fed what looks like a flower. 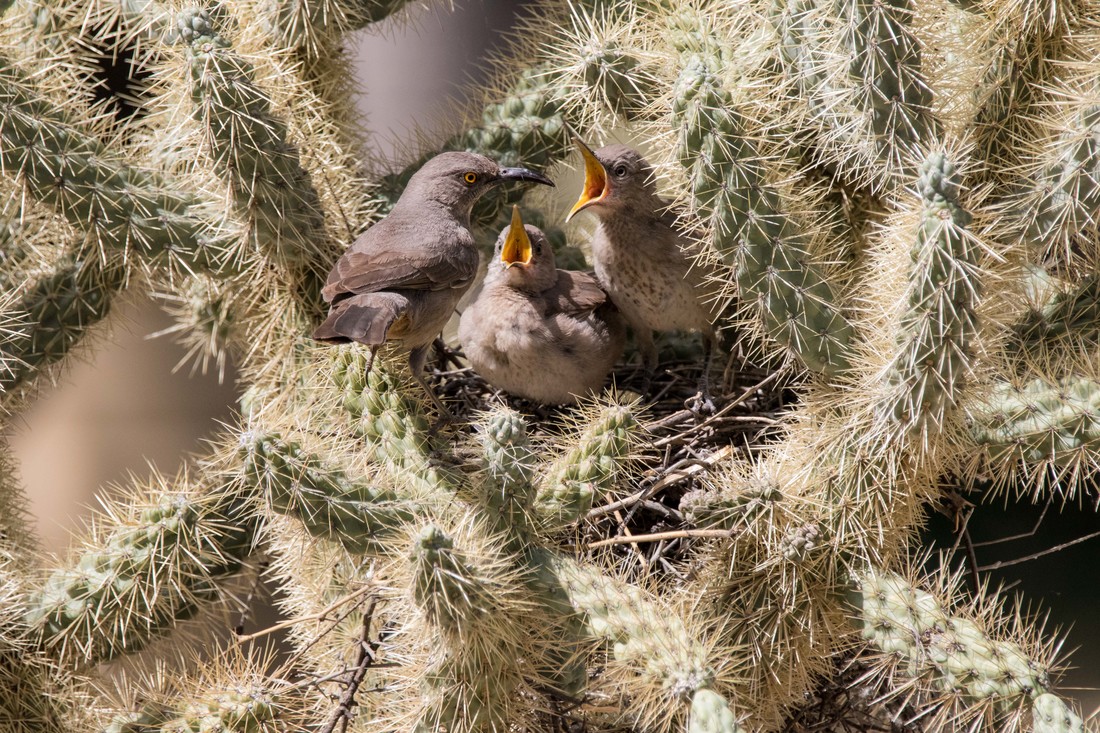 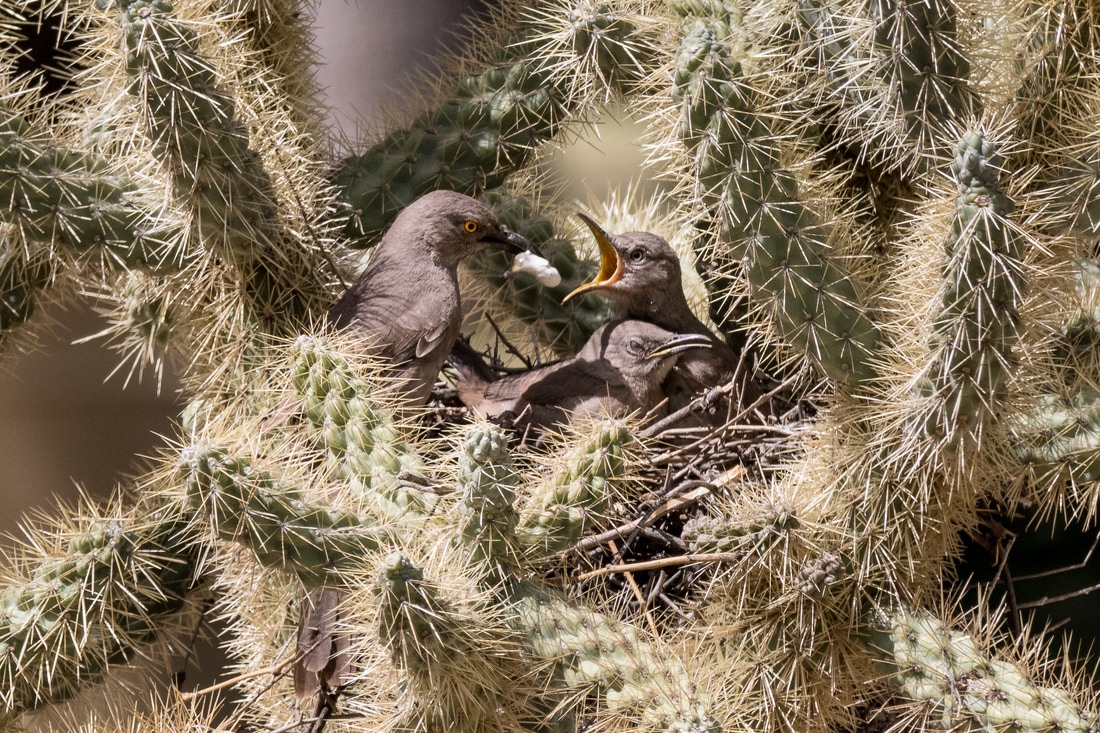 I have included the feeding image below both to show how the parent lands, but also to demonstrate the feathers and tail of the adult. 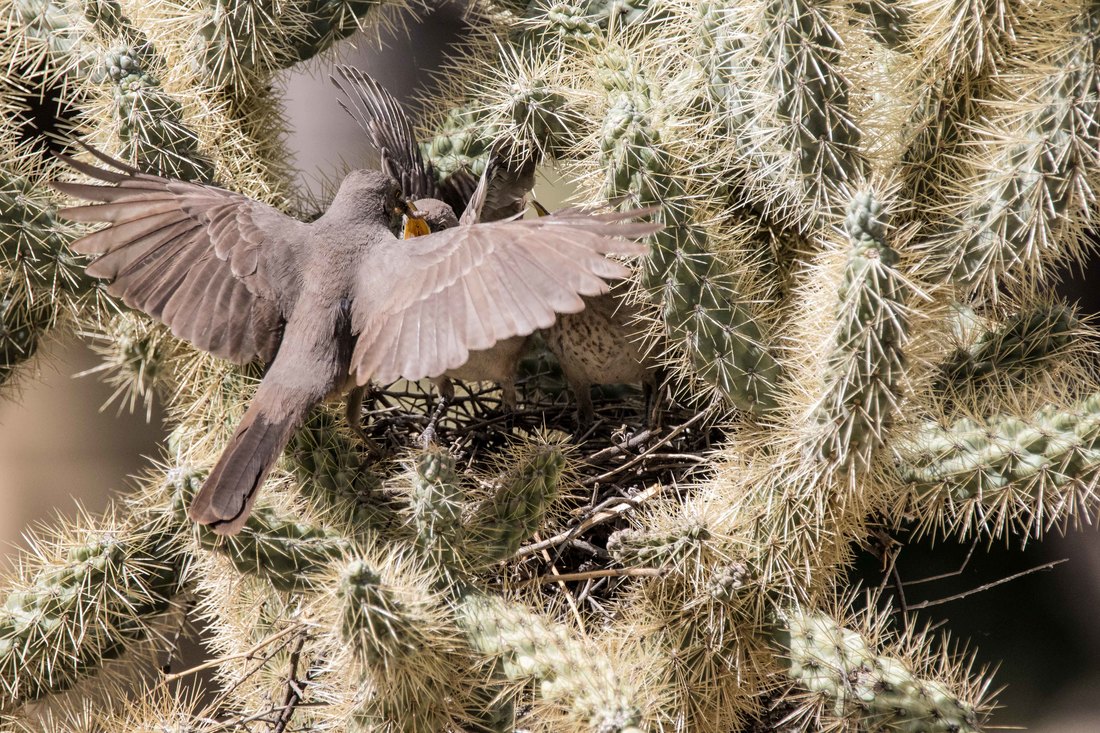