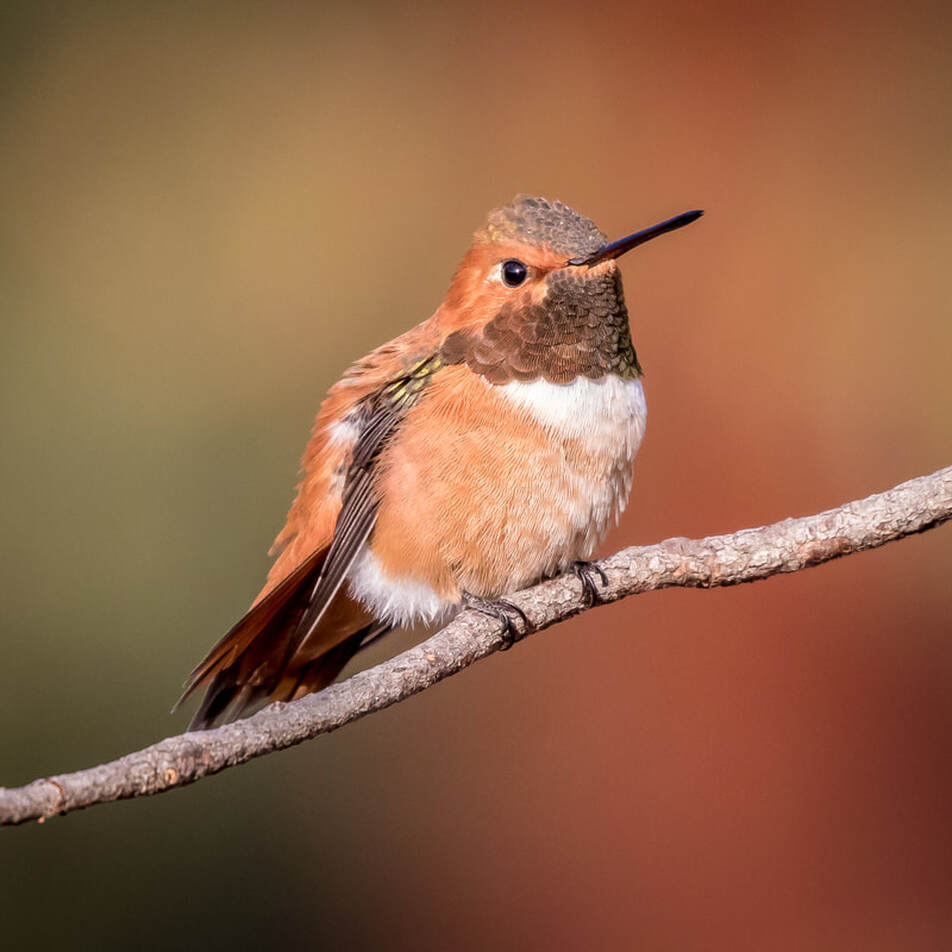 The  brilliantly colored Rufous Hummingbird winters in Mexico from the Pacific Coast all the way east to the Gulf Coast,  including portions of the U.S., then migrates in the spring thousands of miles up the Pacific Coast of the U.S. to breed in the Pacific Northwest into Canada and Alaska.  They breed further north than any other hummingbird, and make the longest known avian migration when measured in body lengths (Ref: Cornell Lab of Ornithology, Birds of the World).   They breed early in the spring, then migrate back south through the Rocky Mountains in synchrony with blooming of wild flowers on their route.  The males arrive in Arizona in July and August, followed shortly by the females and juveniles.

They are very aggressive at feeders, often guarding a single feeder from any other species except the larger Rivoli's Hummingbird (formerly Magnificent), who will sit at a feeder and totally ignore the antics of the Rufous.   After feeding in SE Arizona in late summer, they head south for Mexico where they winter, then begin the migratory route all over again.

These birds have a nearly straight bill, a tail that tapers when folded, and short wings that do not reach the tip of the tail when folded. The males are bright orange on the back and belly, and have an iridescent throat, predominantly orange to red, with tones that vary with the angle of the light.  The females and immatures are greenish above with rusty washed flanks, rusty patches on a green tail, and often a spot of orange on the throat.  Reference:  All About Birds.

The image above and the two below show a male on a northern migration stop in Hereford, Arizona, March 2018.  They fly north and west through SE Arizona to California. 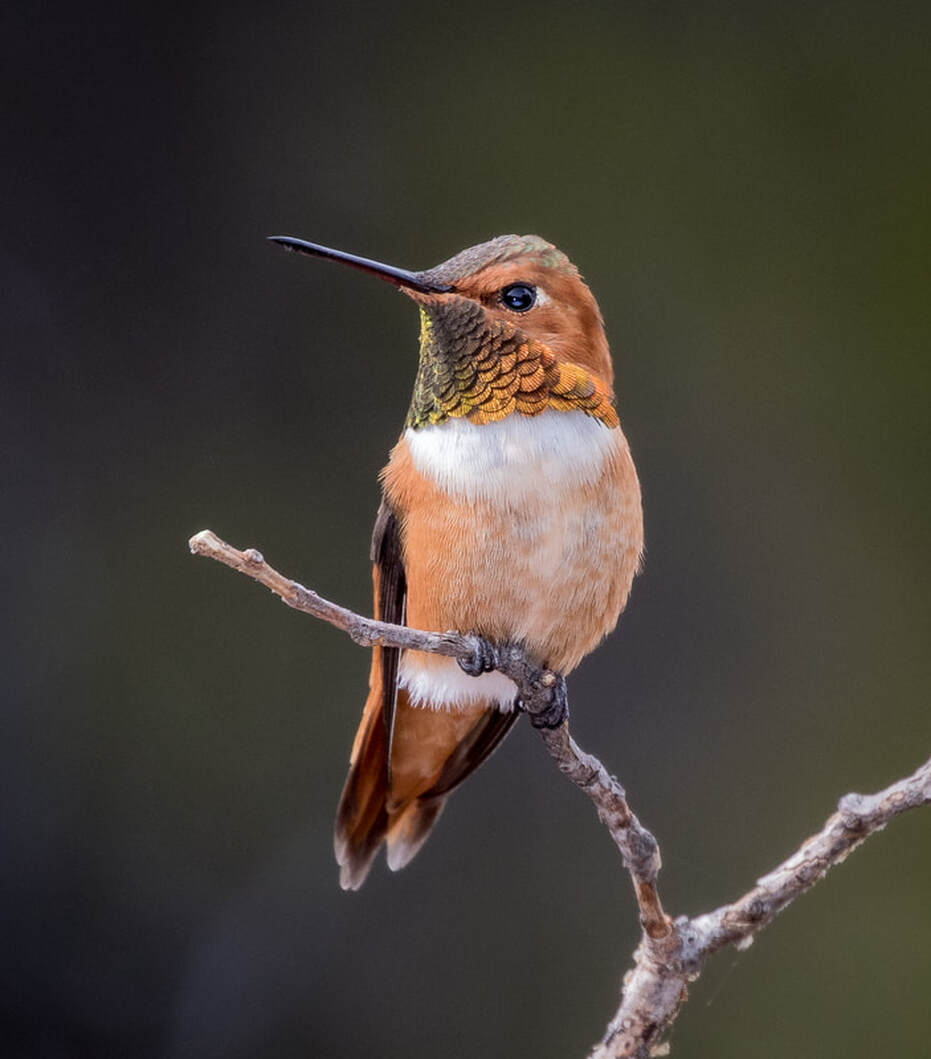 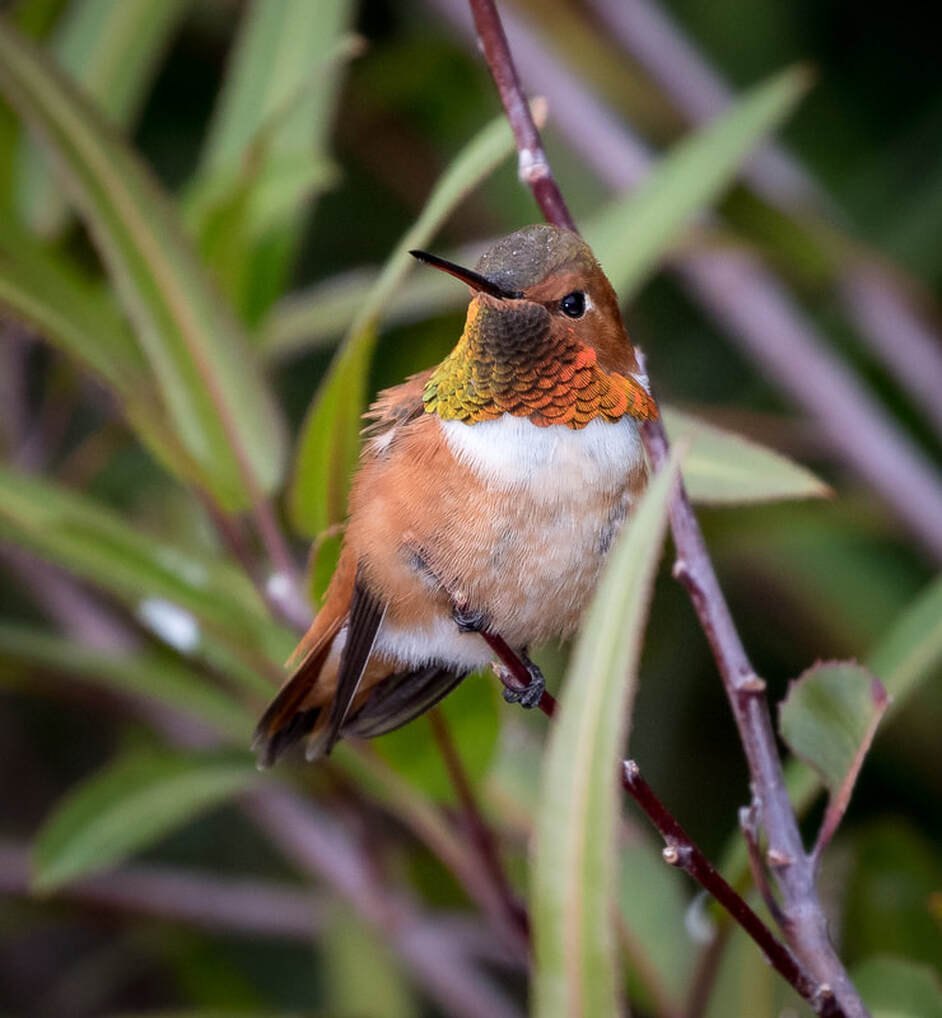 The three images below were captured in Summerhaven, Arizona, August 16,  2018, using strobe lights, with the help of Steve Vaughan, Tucson Audubon Festival photography instructor and ornithologist.  These are immatures or females at the end of their migration through Summerhaven, having followed the bright orange males.   We see the rusty flanks, orange spot on the throat, and green back.  The coloration of the tails is distinctive and striking.  The tail is often spread wide as we see here when they hover at a feeder, or brake mid-air trying to shoo away a competitor. 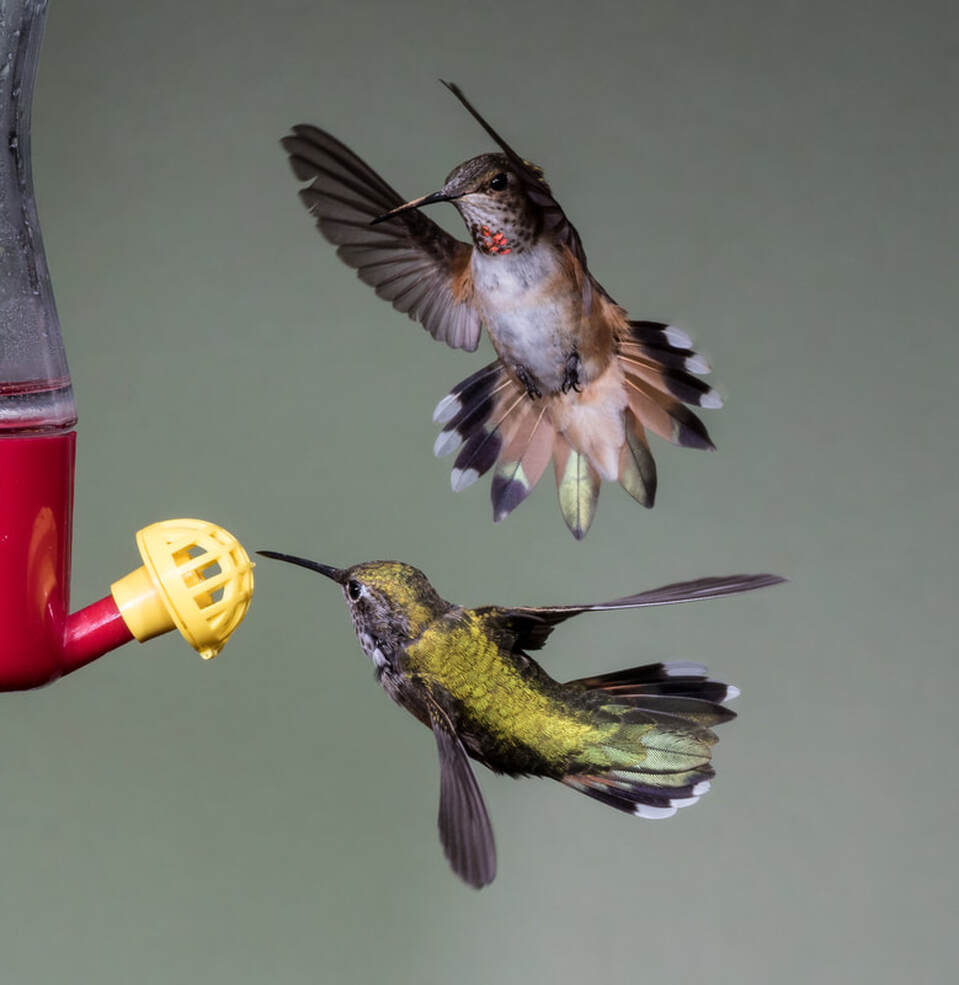 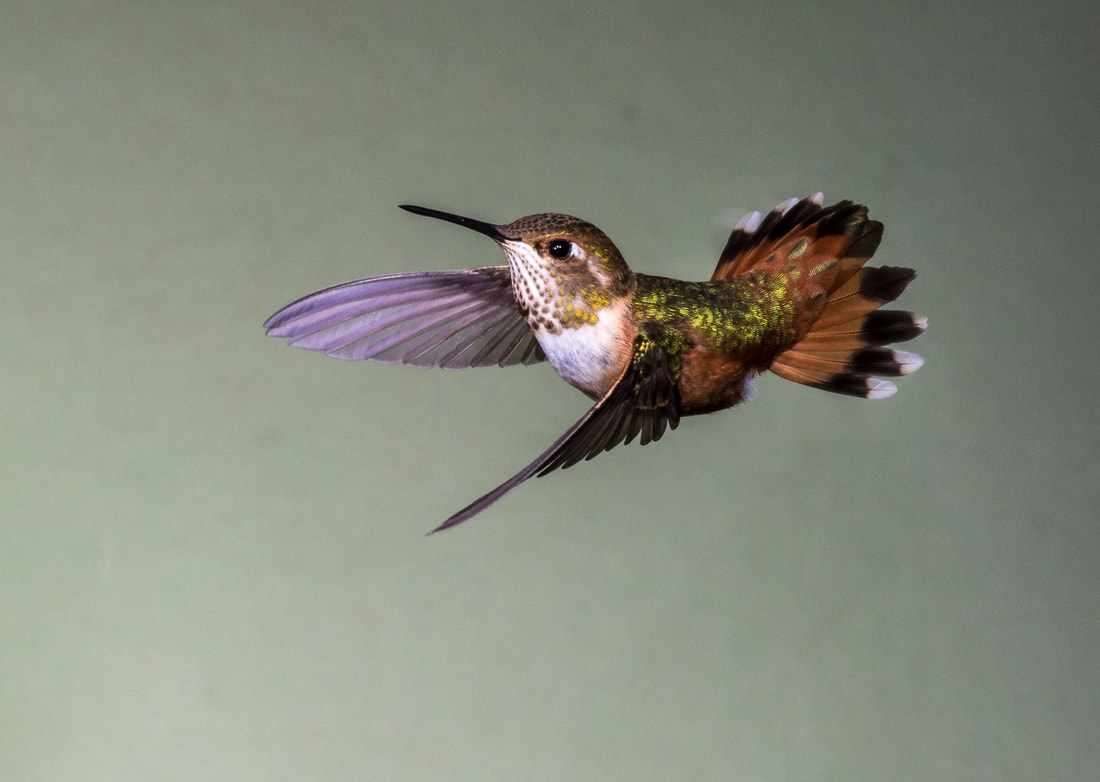 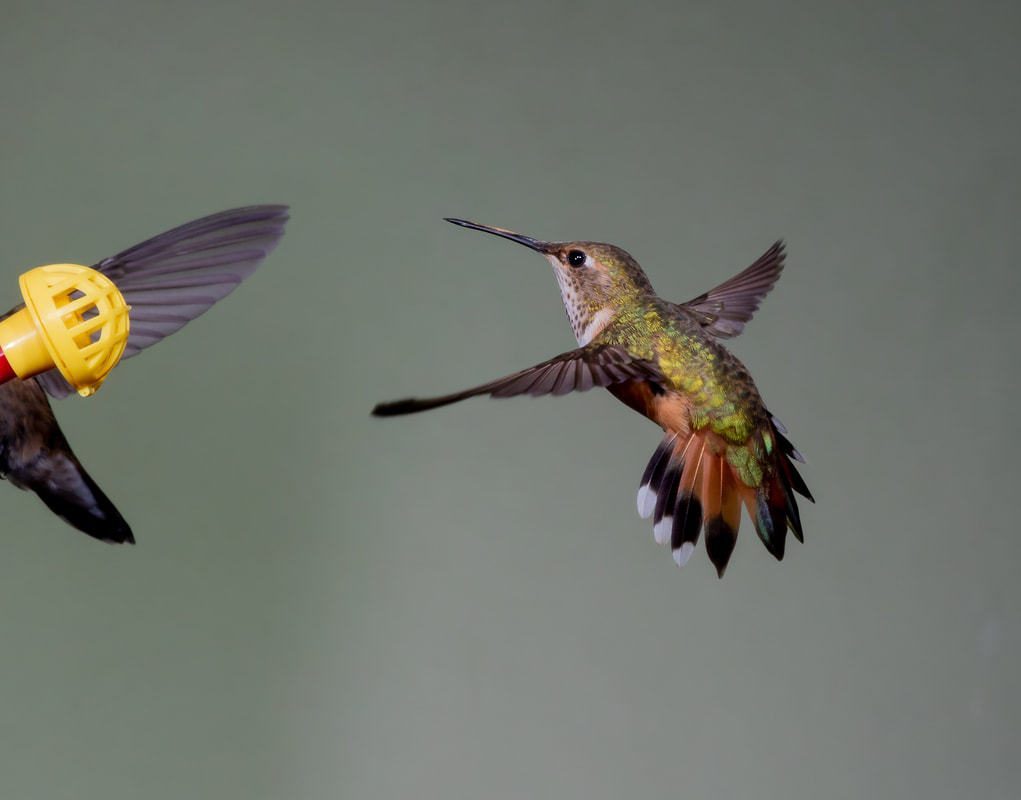