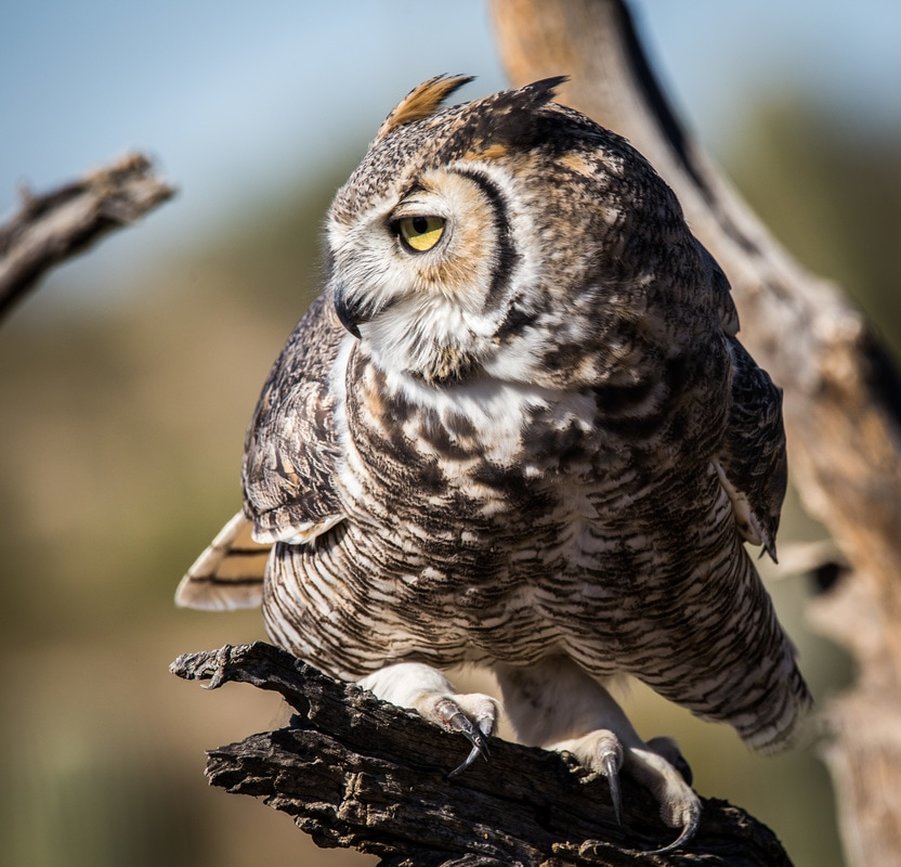 The most common owl in North America,  the Great Horned Owl is a large bird with a thick body, broad and rounded wings, and two feathered tufts on the head. They have excellent night vision due to large eyes with  many rods in the retina to facilitate black and white vision. Their eyes do not move in their sockets, rather these owls can swivel their heads more than 180 degrees to look in any direction. 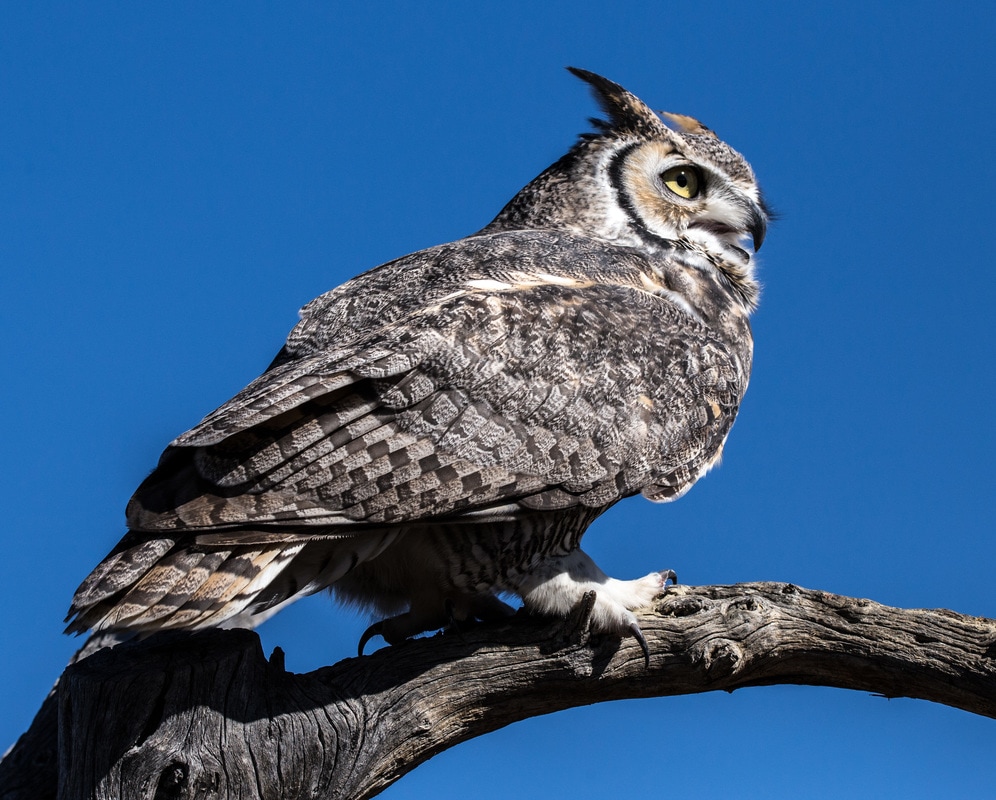 The first four images shown here (two above, two below) were captured at the Arizona-Sonora Desert Museum at their raptor free flight exhibit, which runs from late fall into early spring. The first two images were captured November 2015, the two in flight November 2016. It is a real privilege to see these birds fly up this close.

These owls are powerful predators capable of taking down birds and mammals larger than themselves, including raptors such as Ospreys, Peregrine Falcons, Prairie Falcons, and other owls. They also eat smaller prey such as mice and frogs.

Great Horned Owls are covered in soft feathers that keep them warm in winter and help them fly very quietly in pursuit of prey. They can maneuver well in tight spots, as one can guess from the flight images below. 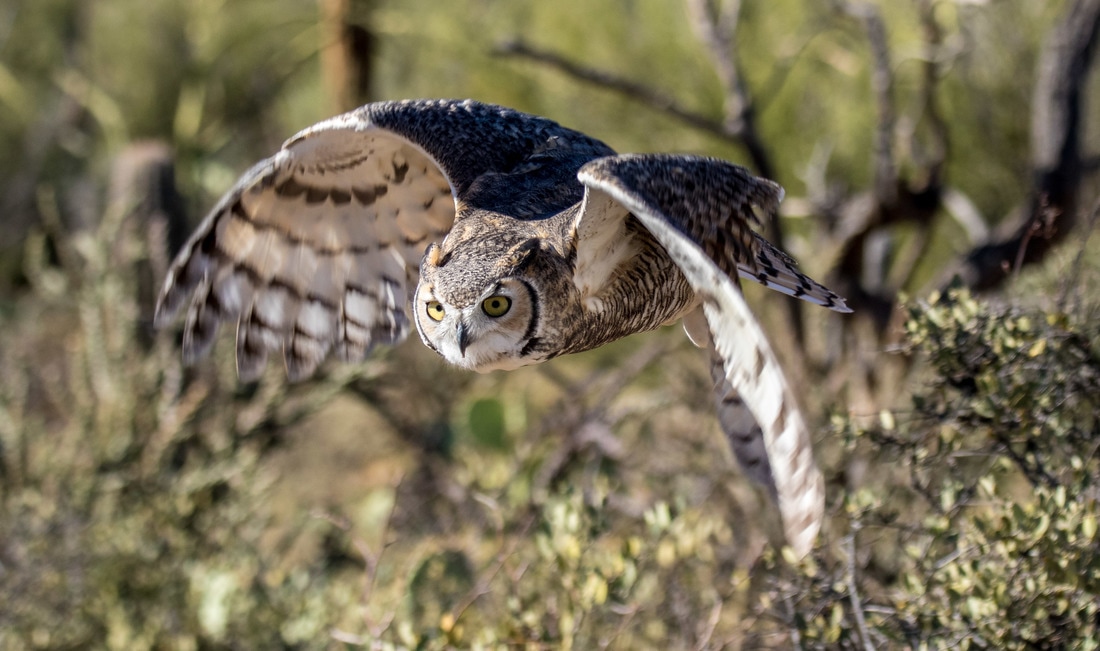 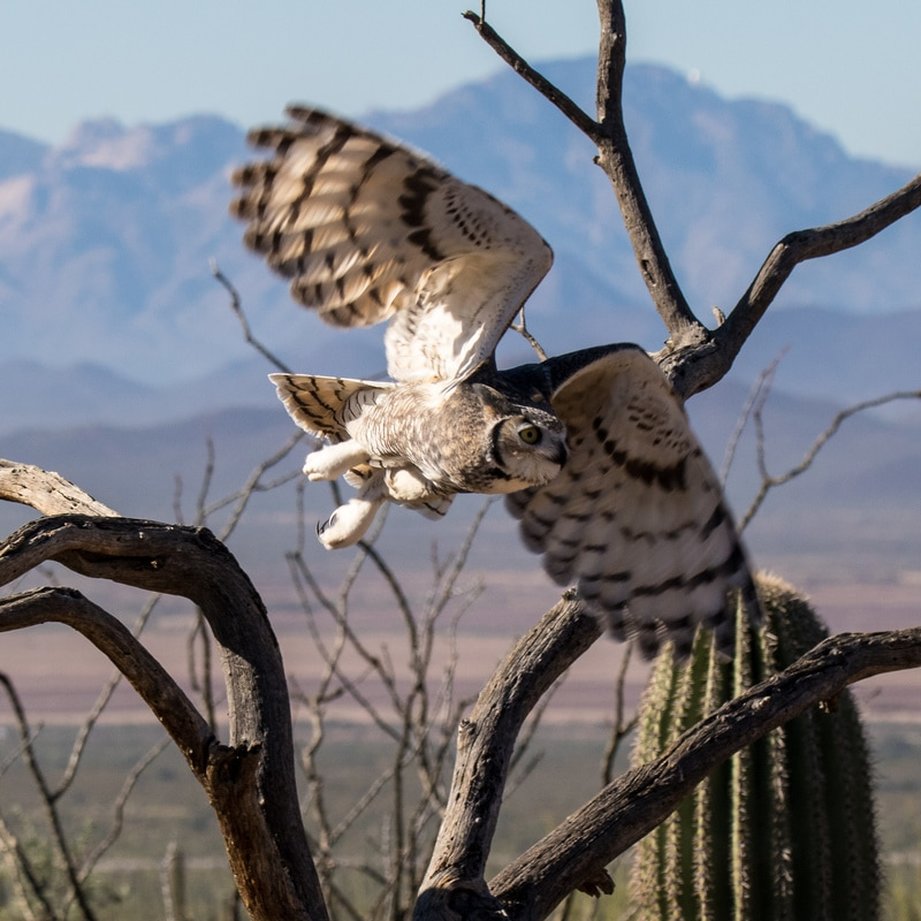 Although we are lucky to see these owls fly during the day at the desert museum, the birds are in fact nocturnal. The two images below were captured at Agua Caliente. At sunset they become active, and spend the nights finding prey in the Tanque Verde Valley.