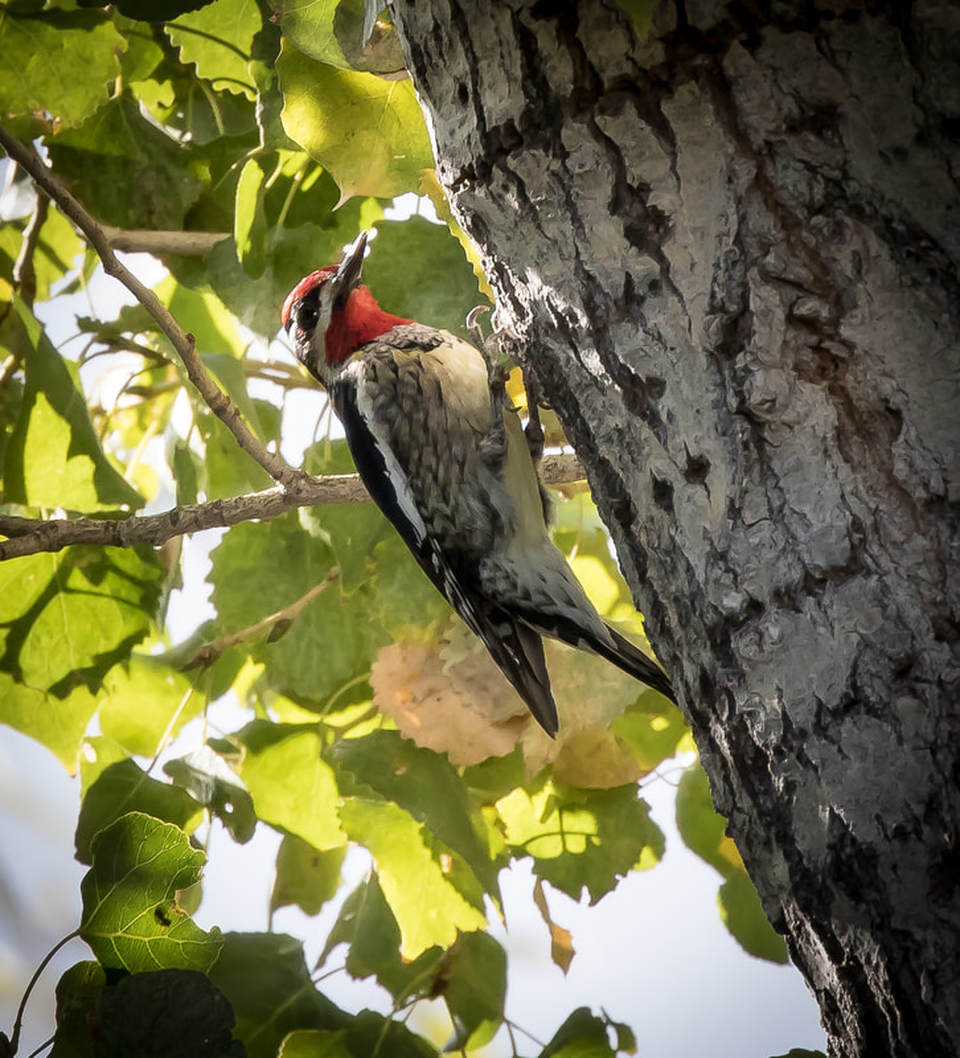 Red-naped Sapsuckers are woodpeckers with a fondness for sugar. They peck parallel rows of holes in the bark of aspen, birch and willow to suck out the sweet sap. They summer from northern Arizona and New Mexico to  Colorado, Nevada, Wyoming and Montana and all the way up into Canada, but avoid Pacific coastal areas. They winter in SE Arizona and south the full length of Mexico.

These images were captured on two separate days at Sweetwater Wetlands in Tucson in late fall 2017, but it is likely the bird is in the same tree: this bird's version of Circle K with unlimited fountain services.  The bird commonly braces itself with its tail, as we see especially in the two photographs below.

These birds are tough to photograph, moving very fast in and out of the shadows. 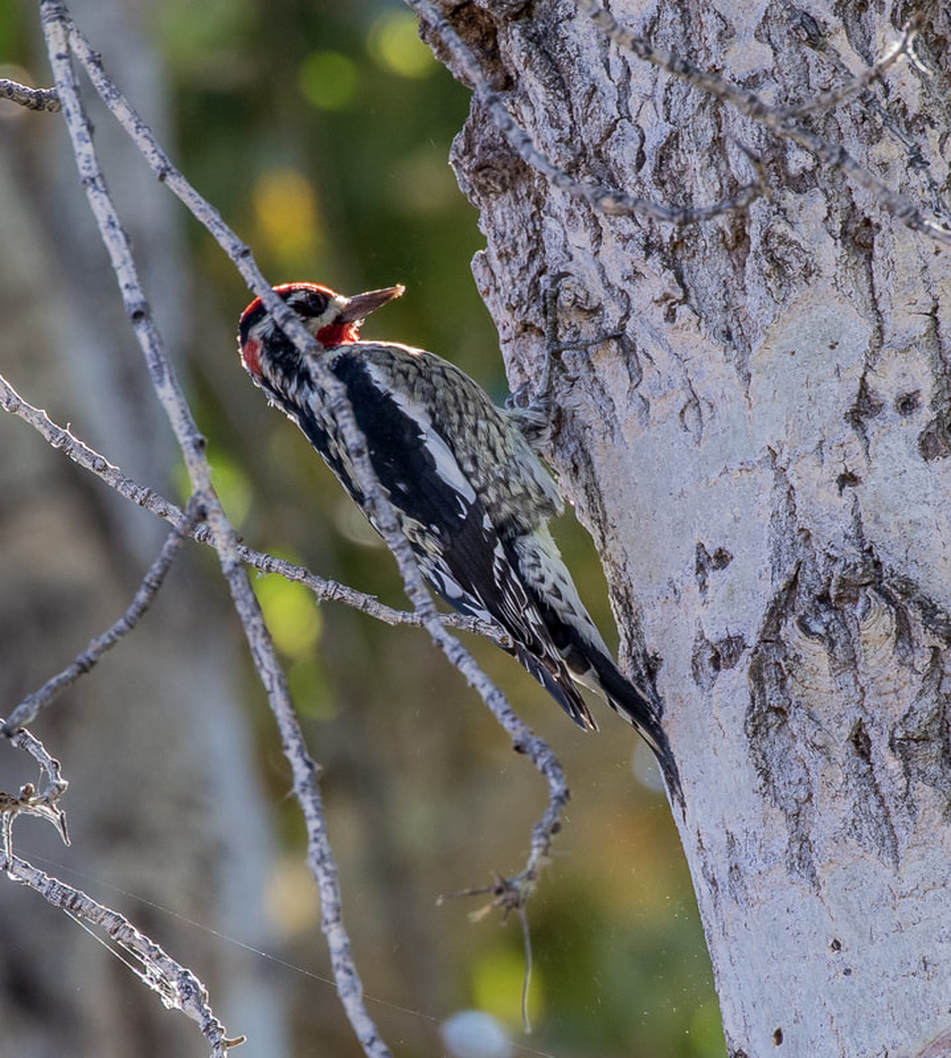 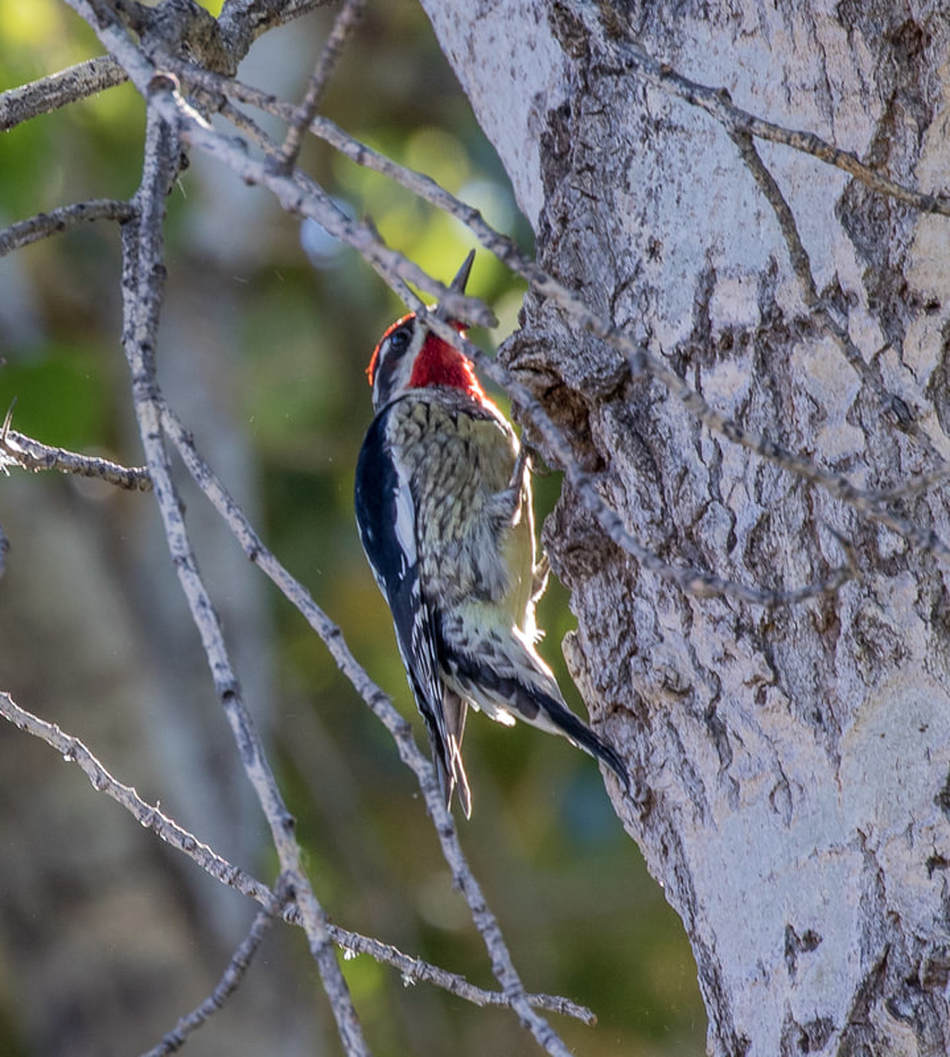